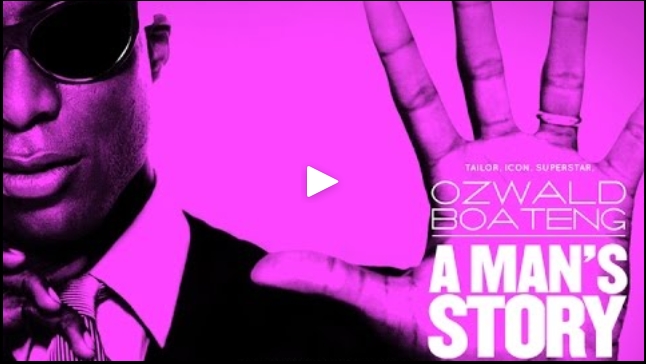 CLIENT: WEDDING EMPORIUM
PROJECT: AN ARTICLE ON OZWALD BOATENG AND WHY HAVING THE RIGHT SUIT FOR THE RIGHT OCCASION IS SO IMPORTANT

His style is impeccable. His suits are so sharp it’s a wonder they don’t cut themselves. He talks about himself in the third person, which is a little odd, but then he is Ozwald Boateng and he can pretty much do anything he likes. He is arguably the best of all possible models for his suits. He certainly looks and carries himself better than most of them. No matter what color his suits are, they stand out primarily because of the immaculate tailoring, the tightly controlled neatness and their obvious quality.

Boateng, born in England from Ghanaian descent, was the former creative director of Givenchy and the first black tailor on Savile Row, opening his first shop there at the age of 28. He knows what he’s talking about when it comes to men’s clothing.

Boateng’s outlook on himself and his creative talents can be summed up as a fusion. British and Ghanaian, tailoring and couture, understatement and statement, retail design and bespoke creation, real life and film. What he creates are not just suits. If “clothing maketh the man”, a man wearing an Ozwald Boateng will, simply by walking through the door, turn every other male in the room invisible. It’s that magic that Boateng works for.
“The idea of an ill-fitting suit is something I cannot register,” he says.

Confidence can sometimes be seen for arrogance, but an ill-fitting suit can never be seen. Your bride, or her father, has spent possibly thousands on her wedding dress; she’ll wear it for one day and then store it carefully away. And you’re hiring a suit? One can almost see Boateng shuddering.

It’s the one day a man should stand out from all the others in the room, faultlessly dressed and groomed. Most men believe themselves to be an individual, with taste, style and color to his personality. They wouldn’t purchase a car and give no thought to the make, the style, the exterior color, the interior color and fabric. After all, the car he drives says a lot about the man behind the wheel.

The cost of a bespoke couture suit by Ozwald Boateng may be prohibitive, but any man worthy of his bride wouldn’t even consider a hired suit. A hired suit is a cheap knock-off. One of thousands that all look the same, a suit made for no one in particular, a piece of clothing that a hundred, possibly a thousand other men have worn, and sweated in. A little worn on the elbows and so used it will never hold a crease the way it should. It says nothing about who you are.

Well, maybe it does, but is that what you want people to think about you?
What does your website say about you? Is it saying the right thing? Not sure? Contact me today.
Powered by