THE INHERENT VALUE OF UNDERWEAR 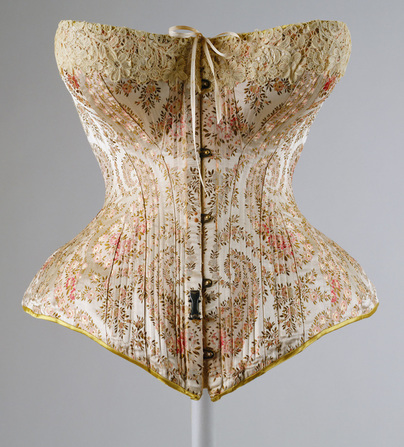 A few, professional Chief Supply Chain Officers could have saved the Cape Town textile industry. Not just saved it, but turned it into a multi-million dollar industry that exported world-class goods, like underwear, to European and American markets. Instead Capetonians, and the rest of South Africa, now buy their underwear from China. Purchasing cheaper Chinese imports sent money out of the country, South African factories closed, unemployment increased and any skills that were being developed in the textile industry were squashed. China, however, opened factories, employed people, developed skills and took our money. Why? Well, because the only thing that counted at the time to South African CEOs was, excuse the pun, the bottom line.

According to the IMF, Africa has the fastest growing economies. That may be true on paper, but in reality it isn’t the case. “Ghana, for example,” said Prof. Boateng, “two years ago was talking about 15 to 16% growth. But when you go to that part of the world, the abject poverty that you see is a stark contradiction.”

And he should know. Prof. Boateng (Professor Extraordinarius Supply and Value Chain Management, Graduate School of Business Management, UNISA) has been studying professional procurement, company culture and governmental service delivery practices for a number of years.
At a KPMG sponsored presentation “What’s Trending in Procurement”, in Johannesburg on 12 August 2014, Prof. Boateng highlighted the fact that a proper understanding and utilisation of procurement would not only grow the companies involved, but also South Africa and the rest of the African continent. Which, of course, has a circular effect. The more the continent grows; the more South Africa grows and then companies will grow exponentially. The more the companies grow, the more South Africa grows, the more the continent…you get the picture. “Procurement has a long-term role to play in the development of Africa, to industrialise and create jobs for locals,” said Prof. Boateng.

There was a time when the person delegated with purchasing materials for a company would go out of his or her way to simply squeeze the supplier for the cheapest price.

On the Walker Sands blog of January 27, 2012, Ken Gaebler articulated the appalling image procurement had and in some cases still does, as a warning to suppliers. “Buyers…may hand you over to Procurement, which is essentially a death sentence for sales people. I have a friend who owns a business and he has a VP of Procurement named Steve. On a daily basis, however, they call Steve the “VP of Nobody Makes Money But Us” because that’s essentially what Procurement does. Given a spec, they try to buy for the lowest possible price. They could care less if you make any money, with the exception being that they might throw you a small, barely edible, profit margin bone if they need you to stay in business long enough to fulfil the next order. In this tough economy, mind you, Procurement departments are busier than ever. Sales are down for many companies and there’s pressure on profits on all fronts, so buyers — your customers — are doing something that is completely logical on its face: in order to improve their margins, they are shuffling purchases over to Procurement and telling them to get it for a lower price.”

And Gaebler was right. All that mattered was the getting the purchase at the lowest price. That was the procurement officer’s job. It didn’t occur to anyone in their own organisation that procurement could have an extremely valuable part to play in the strategic planning of the company, or the country. They were, at best, paper pushers. Instead of reporting to the CEO, some of them were, bizarrely, reporting to the Head of Security. In one case, even to Catering. There are companies and government departments that still run like this. And they’re running into the ground. If not now, they will in the future. They don’t see the significance their procurement officer has to the organization. In fact a 2014 KPMG survey revealed that 73% of C-Level executives still don’t think procurement adds real value.

But that’s very narrow thinking. Squeezing one’s supplier so much that they go out of business won’t help anybody. Working with them as a relationship broker and community steward will make everybody happy.

In long term thinking, professional procurement that makes procurement alliances and bundling spend-volume means a greater, and more effective, utilization of local raw materials, increased global markets and more skilled labour in the future. All of which translates into substantially higher profits down the road. Companies with vision have seen this and are getting on board. Procurement is being elevated to the enormously important function of Supply Chain Management.

A prime example of short-term action Prof. Boateng pointed out, is Ghana. Because of a lack of bigger picture thinking, long-term vision, professional procurement practices and supply chain management, Ghana, an oil producing country, still needs assistance from the IMF. According to Prof. Boateng, part of the dichotomy of Africa’s expanding economies and stagnant poverty lies in the fact that all the raw materials are being exported, as in the case of Ghana’s oil, or South Africa’s cotton going to China to make underwear. “If you can’t produce your own underwear, how can you move forward?” asks Prof. Boateng. “Procurement needs to be addressed with the bigger picture in mind.”

But there are changes in the wind, both, locally and globally. So much in fact, that it’s changing the whole game. And that is good news.

Prof. Boateng went on to describe how, in the last two and a half years, there has been a dramatic shift in thinking. The first change is that procurement is not buying, it’s trading. And CSCO’s need to become globally expert traders.

Gobal CEOs are no longer only interested in big numbers; saving the company money is a given expected from their CSCO. Now, they want professional procurement staff with strategic mind-sets. Chief Procurement Officers, Chief Supply Officers and Chief Supply Chain Officers are no longer seen as just paper pushers, but as an integral part of the strategic mind-set and corporate governance of the company. They are increasingly becoming C-Level members of staff.
After 23 years in procurement, Sven Linden, (Partner and Head Operations and Knowledge Deployment – Global Center of Excellence SS&P at KPMG AG) has seen the difference in how both negative and positive attitudes to supply chain management affects the growth of a company. He describes the procurement officer as a Value Chain Manager, one that adds value to the whole company, in the present, and in strategic planning for the future. At the KPMG presentation, Linden said, “In the past, CEOs would decide what needed to be done and procurement officers would simply carry that out.” Where, in countries like South Africa, the government wants to industrialize, improve supplies and create jobs, the last thing that should be done is squeeze suppliers. The effect of that is detrimental to government’s objectives. And if, as happened in the past, procurement sits under finance it becomes nothing more than the number crunching exercise resulting in the kind of action and reputation Ken Gaebler denounces.

Why is there now a dramatic shift in thinking by CEOs? Because when reporting directly to the CEO, the use of the procurement professional can be properly articulated. Procurement is increasingly being seen as a corporate function that the C-Suite recognizes as essential to improving their companies’ competitive edge. According to KPMG, in 2025 procurement will be as vital to a company, and hold the same business partner status as HR, IT and Finance.

With this in mind, the best companies globally are beginning to ensure that procurement plays a large part in the companies’ strategic planning, relying heavily on them for market astuteness. CSCOs have gone from being simply a purchasing officer, buying product or services at the lowest rate possible to a multi-skilled C-Level professional that combines the talents of a financial analyst, an internal consultant, a market and trend driven intelligence officer, a relationship broker for new and emerging markets, an environmental and community steward, a risk advisor, a legal expert and a supplier coach.

With Africa in mind, Prof. Boateng commented that understanding the true value of supply chain management impacts directly on government’s ideals for job creation and service delivery. Supply chain management helps with improved leverage-spend, industrialisation, job creation, reduction in business risks, local content development, SMME growth, tackling youth unemployment and local supplier development. Government is starting to agree. Supply chain management is in the national interest, and should form part of the government imperative and social responsibility. In order to meet the challenge of a changing procurement environment there are going to have to be some fundamental modifications, starting with where procurement professionals come from.

Most procurement practitioners, especially in Africa, end up in procurement by default. There aren’t enough professionals. Value contribution is essential, according to Sven Linden, to improve a company’s competitive position. But how can you do that if you become a procurement officer by accident? It’s often not most people’s first career choice. “Procurement,” says Prof. Boateng, “has an image problem.” Prof Boateng commented, that apart from squeezing the suppliers, when one mentioned being in procurement, it immediately raised a red flag and the assumption was that you were corrupt. And it was not only an assumption made by CEO’s in South Africa, but also in the UK, Canada and the United States. And that’s not all that has given procurement a bad name.

In 2012 and 2013, Prof. Boateng published a number of articles on who was to blame. He had the opportunity to engage with the CEOs of companies that have revenues greater than most African countries and what they revealed was extremely interesting. According to the CEOs, the CSCOs themselves were to blame for their bad image. They had titles but were just paper pushers. They didn’t add the value to the organization that they could have. Both Prof. Boateng and Sven Linden agree that this all comes down to the fact that procurement is not seen as a legitimate profession, but rather something people were moved into by corporate structuring. When Prof. Boateng presented his research to the global community in 2013, he emphasised that, as a profession, we have to alter this mind-set. “Most procurement officers started somewhere else and have training and degrees which have nothing to do with procurement, and that needs to change. Procurement needs to be offered as a career choice to students and there needs to be University degree level education and training.” Without it, there won’t be the profound value-adding talent companies and government require.

Sven Linden agrees with Prof. Boateng. “There needs to be a sustainable return on education and to achieve that there is a desperate need for procurement academies.” He highlighted the need for client specific qualification programs based on structured analysis. “It’s important that the CSCO knows and understands the industry in which he or she works in order to transact purchasing correctly and to the company’s advantage. There needs to be a vast education repository setting the basis for designing client specific and relevant content, methods and tools.”

Procurement has a vital role to play in advancing the real economic and community development of Africa, but that can only happen when the mind-set on procurement has transformed. Once it has, the CSCO can focus on accessing the best long-term value for the company or government. And who knows, perhaps the Cape Town textile market will rise like a phoenix and we can once again make our own underwear.

PIC CREDIT WWW.METMUSEUM.ORG
Looking for a Wordsmith? Contact Me. Let's Chat
Powered by